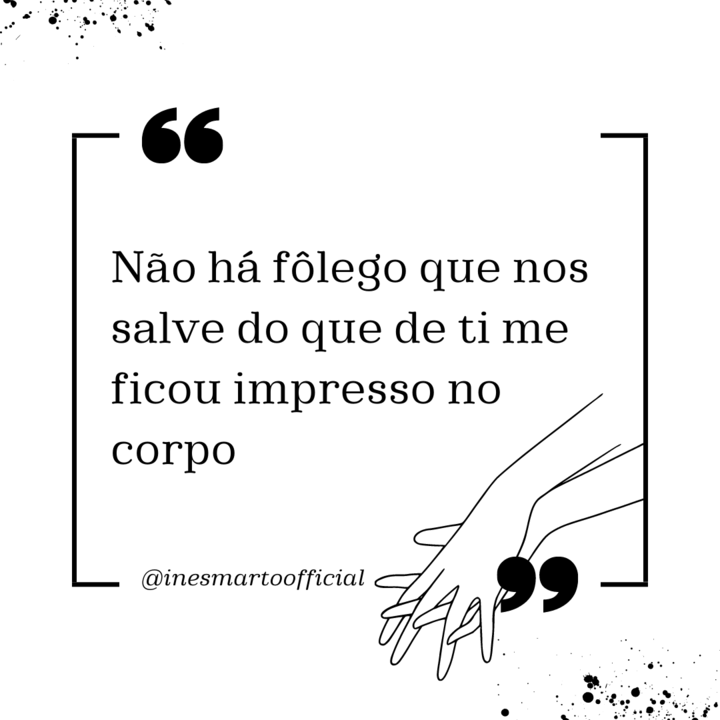 do que de ti me ficou impresso no corpo

"I love you... Inês": wandering about how to be human

I've been lucky enough to find a friend in life who sometimes makes me wake up to reality, even if it is not in the softest way. And I think I lacked that for many years, which explains a lot of the things I want to talk about this time. I mean it like a higher conscience, or at the leastest a more trained one freedom wise.

Yesterday, like many days, talking about anything and everything was enough to send me into a spiral of way too deep of a philosophical state to not question my own human nature.
It went down something like this: ideals of beauty - body image - self-esteem - emotional expression - human nature. My mind is like a high speed train, more often than I'd want it to be.

Truth is, a few moments left alone and I got myself thinking wether or not I was broken in some way in the sense of what means to be human. I can't help but think some of the wires in my circuit are cut, or at least blocked in some way.

And everytime she shakes my ground, luckily for me it is often, at least a tiny spark is able to go through. It is like she connects two wires of a broken electricity system, and by holding them together it works. That's what she does to my mind. And it's not that I don't know where the wires are myself, I do have somewhat of a self-conscience, I think. It's that I don't know how to keep them together on my own, at least not yet.

It's not easy, accepting myself. So much so that self-acceptance has been one of the reccuring themes since I started this blog. My mind is not fix, my sense of self is not fix, my sense of identity is not fix - I recon these might be common traits to everyone - but there is somewhat of a struggle on looking in the mirror and grasping "this is me", not because I don't accept it - I mean, what choice do I really have anyway? - but because I don't really recognise it as the notion I have of me. I don't know why that is, exactly. It has been a life long matter, feeling my body connected to my mind. I'm not talking about cerebral palsy here. I'm talking of the strange need of having to sometimes touch my own body repeatedly and thinking "hey this is you, Inês is you, you are here, this is your hand, feel it, this is you.". And that alone not being an easy process... might be part of my "broken or at the leastest blocked" wires. I must say tattoos are one of the things that have helped me the most so far on trying to connect with myself. The sense of "making" a new part of me on the spot, along the pain of the needle, really force me to inhabit my own body and physically connect to the moment while it lasts.

That being said, it goes further. You'd never think of a writer, a poet even, as someone who struggles to express themselves emotionally, on conveying their inside ongoings externally, right? In my case at least, wrong.

Excerpt of the movie Angel-A, Luc Besson, 2005
She ended up sending me this movie scene above, which portrays all of this way too well. It is what ultimately pushed me to even write this. Writing always seems to settle things in for me.
I don't know what it is exactly, but I have some kind of wall put up about showing affection, too. Maybe I shouldn't be saying this for the whole internet to read either, but one's gotta open up some way. This is exactly the core here: I think I often write so much and so deep because I start overflooding inside, because I am unable to express in the moment what I feel, what I think, act upon it. Almost like I live in a glass shell just looking outside, and even so hiding my face if one tries to look me in the eyes too much. What happens it what remains unsaid, unexpressed, keeps circling inside my shell.

Me being a poet, I set fire to it and let it overflow into my written words. Which is why I can't even hug people who I really love, simply because I want to, there is that block - but then, when they come to hug me, it gets so intense that it becomes clear (at least for those who interpret me fairly decently, like her) that I am obviously trying to compensate for what I couldn't come to say or do. It is really my inside fighting to show through on the best way I found. Either that or I take a couple of sentences and write a huge text on what they have said, and express myself poetically, like I was saying. Beautiful. But also disfunctional. I write more than I live and maybe I have more of a writer than of a human nature. At least for as long as my circuit remains damaged.

The ability of being emotional towards others is also linked to the ability of crying in front of them. Which is another broken circuit for me. I am too used to having to put up a strong face. It got so ingrained that it is completely antagonic, how much I write about vulnerability and how much I am then not able to make myself vulnerable and open to others fully. I don't know why this is. It acts like a panic or a phobia or a trauma, because anything that might lead to it I avoid it. And that's not easy, we are talking about my main body of work theme.

I suppose all this makes me sound fake. I invite others to be vulnerable to me, then when the time comes for the opposite, I block. I do know this sounds unfair. I do know the only ones who get that I'm not really a cold ass pretender poet are the ones who are able to see my wires and hold them together and try to get the spark going. To be fully honest, it is the first time this has happened to me in such a deep way. It is the first time I have even acknowledged my circuit's faults in such a deep way. And it really hurts, the notion that I am damaged in yet another way more.

I don't know how she doesn't love me any less for all this. God knows how many times she tries holding my wires and I fight back tears so hard that my spastic body betrays me and it becomes obvious from miles away, because I tense up, damn cerebral palsy... but also thanks cerebral palsy for turning my whole body into an outlet of "I'm feeling", at least. And then I end up in silence and thank the universe when she decides it's time for a joke or a change of subject. She knows it, I'm sure she knows every time that she is sending me into a spiral of exploring my wires yet again. She knows it hurts, that's why she ends up making me laugh after, I'm sure she knows I'm fighting back tears for not being sure how "to human". And yet she stays. It baffles me, it really does. She sees beneath the damaged wires, how? And why is it so unique?

I tried making it easier to see. For the wrong people. All they did was rip even more wires apart. But, yet another thing the taught me is that it's not new people's fault that the past ones have hurt us, and we'd be unfair if we didn't let ourselves try again. It is what I did, with her. It is also what she did, with me. As surreal as it seems, here we are. Here are my wires being held for the first time.
This all goes in circles: I feel less of a person for all this, I get into my head I don't deserve human connections for all this, I shut off more, I feel even less of a person. And then there is the coming to terms with my physical being as well, and now yes I mean cerebral palsy, I mean body image, I mean gender expression, I mean all of that.

I do want to gain another posture. I do want to open up, I do want to stand up and speak up and feel up and free myself up from all of this which has held me down for way too long. The only path seems to be keep trying to grasp on how to hold my wires.

And I really can't help but to feel thankful to her for standing by my side. No matter what comes next, I think I always will be. Because diving into the dephts of someone who already is as self-exploratory as me, and still be able to help me understand how to break my own circles... that's a lot. That's a whole lot. No wonder she was the ground shaker behind my performance (Unbreak)able, it all started with wanderings just like these, that she induced. It was the first try of breaking through the circles, and not bad I think. I can only hope there are more to come.